Our laboratory, established by Reşit Canbeyli in 1994 as the Psychobiology Laboratory, is the first research lab to use rodents in Turkey!

Its foundation was laid down considerably earlier in 1979, when a physiological psychology laboratory was established in the Department of Social Sciences, of which Psychology was one of the subdepartments. This laboratory was short-lived due to the departure of Dr. Canbeyli in 1982, after the 1980 Turkish coup d'état enacted a procrustean university law abolishing academic autonomy—an event documented in Canbeyli’s book YÖK’ün Gölgesinde, Bilim Tarihi Işığında Bir Laboratuvar (A Laboratory in YÖK’s Shadow and In the Light of History of Science; ISBN: 978-605-4787-76-0). This recent book by Canbeyli, published in Turkish, details the foundation of our laboratory by illustrating unique hardships of setting up a pioneering research lab as well as the immense progress made in the field of science in Turkey. 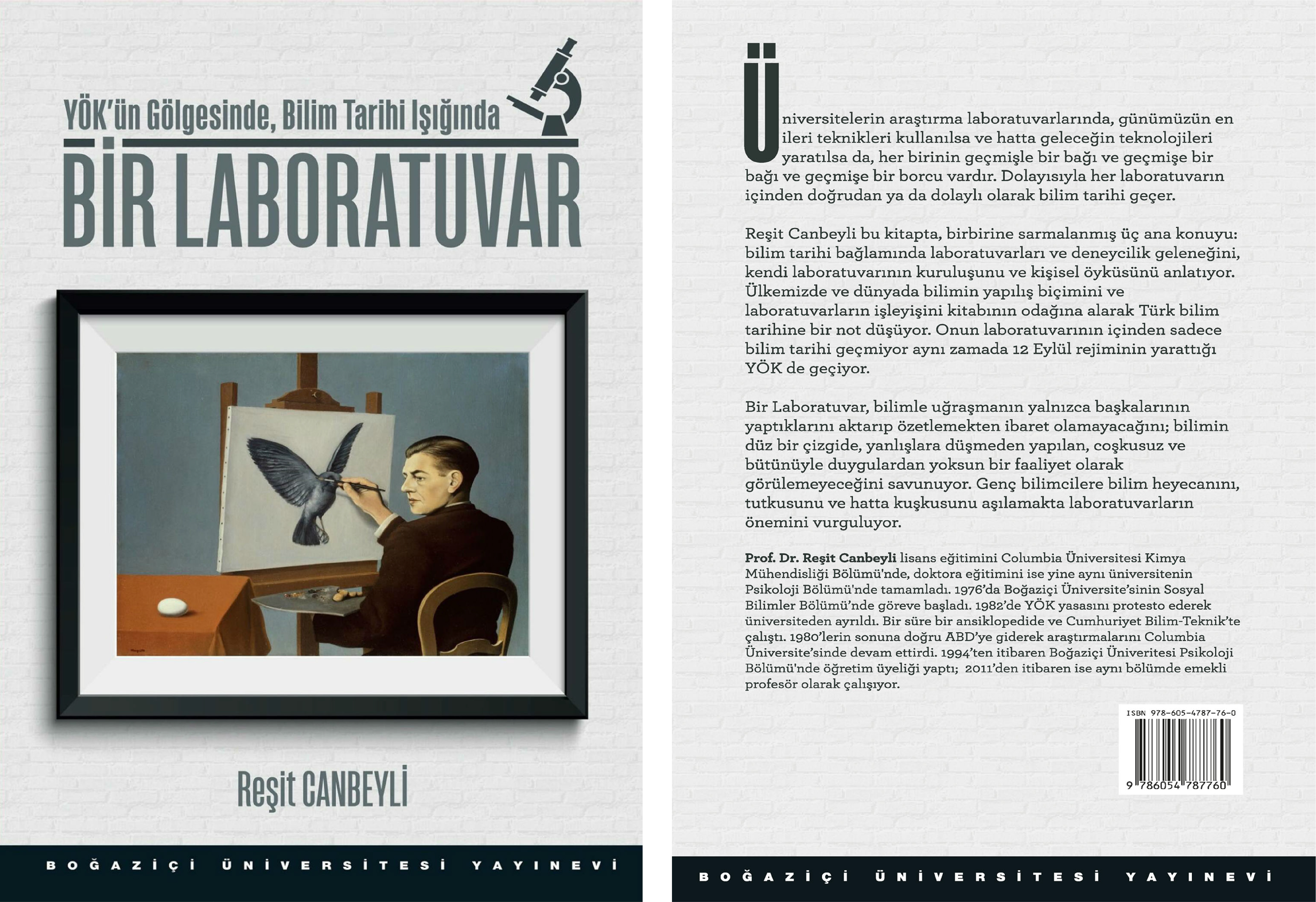 In 1994, Psychobiology Laboratory started as a single room facility in the basement of the Perkins Hall (Engineering Building) in the South Campus, when our former principal investigator Dr. Canbeyli rejoined the Psychology Department at Boğaziçi University after a hiatus of 12 years. Soon, it expanded to two rooms and in 1995 eventually incorporated the third room, connecting the first two and reaching its present physical state.

Starting with the first days, the laboratory aimed to investigate two phenomena whose intricate relationship was not apparent at that time: the biological clock (the suprachiasmatic nucleus -SCN- of the hypothalamus) and depression. The choice of the biological clock as a target for research was based on the growing realization that the SCN was a main regulator of behavioral and hormonal rhythms on a daily and seasonal basis. Research in the laboratory took a quantum leap in the investigations on the biological clock by predicting that the SCN should not just be interpreted as a biologically-driven oscillator dealing with the mechanics of biorhythms, but must also be regulating mood; and thereby is likely to be involved in mood pathologies. This foresight dovetailed with new approaches to the etiology and treatment of depression. The initial phase of the experiments involved an animal model of depression–behavioral despair induced by a pair of forced swims separated by 24 hours. This model was then used to investigate the effects of light treatment on depression. In the previous decade research with seasonal affective disorder (SAD) had indicated that light treatment (phototherapy) has ameliorative effect in patients suffering from SAD. Further research showed that light is a potentially effective antidepressant not only in SAD but also in other varieties of depression. Clinical and basic research began to implicate the SCN as a putative intermediary in the central mechanism underlying the antidepressant effect of light in phototherapy. As manipulating the SCN in humans to verify this hypothesis was not possible on ethical and neuroscientific grounds, the Psychobiology Laboratory aimed to investigate directly the potential therapeutic role of SCN in phototherapy by assessing the conditions that may be conducive to antidepressant effect of light in Wistar rats. An initial study indicated that lesioning the SCN in itself protects rats against the depressogenic effect of forced swim tests.  A series of experiments mimicking the process of phototherapy indicated first that a 12-hour exposure to light in the dark phase of a 12h:12h Light-Dark cycle (lighting schedule) protected rats from the debilitating effect of forced swim tests. Subsequent studies indicated that the same ameliorative effect can be obtained by progressively shorter exposures to light treatment. Thus, while initial experiments indicated that a 2-hour exposure to light had antidepressant effect, subsequent studies discovered that a 10-minute exposure at the appropriate time in the dark phase was just as effective. An important advance in explaining the potential role of the SCN in antidepressant effect of light exposure came from the discovery that there are intrinsically photosensitive ganglion cells in the retina that are sensitive to blue but not red light.  An important evidence supporting the contribution of the SCN was obtained when the laboratory showed for the first time in the literature that a brief 10-minute exposure to blue -but not red- light in the late aspect of the dark phase had antidepressant effect. It is known that the SCN receives privileged input from the aforementioned melanopsin-containing photosensitive ganglion cells that are responsive to blue but not red light.

Another methodical approach to depression followed in the Psychobiology Laboratory has been to investigate the critical components of the fronto-limbic circuitry implicated in the etiology and potential treatment of depression. In addition to showing that the SCN is a critical component of this circuitry, the laboratory has assessed the potential involvement of several brain structures in the modulation of behavioral despair model of depression in both female and male Wistar rats. Thus, our research has not only evaluated the medial septal, hippocampal and frontal cortical structures for possible involvement in the behavioral configuration observed in forced swim test, but has also pioneered in assessing the involvement of the bed nucleus of the stria terminalis (BNST) -a sexually dimorphic structure- in depression by showing that bilateral lesions of this structure results in the aggravation of behavioral despair in both female and male rats.

Research on animal models of depression in the laboratory has not been limited to the SCN and antidepressant effects of light. The laboratory has not only shown that a series of loud tones has a depressogenic effect in rats, but also that the same tones at lower decibel levels have antidepressant effect that is eliminated after central serotonergic depletion. Our interest in the ameliorative effect of ketamine, an NMDA receptor antagonist, resulted in the first published report in a rodent model that a single IP injection of an anesthetic dose of ketamine protects rats against the deleterious effect of forced swim tests up to 10 days. Later studies using another animal depression model, namely the open space swim test, indicated that ketamine has antidepressant effects in much lower doses without inducing impairment of learning as measured by Morris water maze.

An important benefit of the research on depression in the laboratory has been the development of a new view on the etiology and treatment of depression, namely the bottom-up sensorimotor hypothesis. The hypothesis is based on the premise that depending on stimulation parameters of sensorimotor manipulations via visual, auditory, olfactory, gustatory or tactile sensory systems can modulate mood and induce or treat depression in humans and other animals. Our laboratory also proposed a central mechanism that may play a key role in sensorimotor modulation of mood based on the critical involvement of the amygdala in modulating the activities of other central frontolimbic structures implicated in the etiology and treatment of depression.